Some time ago I saw this scene in a TV series: in the hospital, there’s a man, husband, after a stroke, who just realized that he will probably never be able to walk again. He’s calling her wife, who is… in the space. She has a mission to stay there for 3 years. He tells her about his medical test result and about future perspectives. Woman, hearing this, doesn’t want to believe – she’s saying that she will call the doctor the next day, ask for more medical tests, for more research. But the husband is stopping her and says: “I don’t need you to fix it. I just need my wife”.

Sometimes things that we can not predict at all happen. Things that don’t depend on us. Like storms. But it’s no surprise – unexpected storms are part of our lives. In the moments, when we don’t even think that something can go wrong, it comes. Suddenly wind and rain is coming and moving everything upside down. Destroying what is around us. Destroying us as well, in any possible context. It’s good to have a lifeline then. The one that you can hold on to, to stay on the surface and survive the hard times. That gives you hope, strength, motivation to fight. But what could it be?

There’s a TV show “Who wants to be a Millionaire”. People try to win one million dollars/euro (it depends on the country’s currency). It requires a lot of knowledge, good memory, and stress management, but they also have a chance to use three lifelines: fifty-fifty, ask the audience and… call a friend. Not an expert or the most popular scientist, but to a friend! To the person that you fully trust and know that will do his/her best to help you.

Probably you also heard about the “In Case of Emergency” program. It enables first responders (like paramedics, firefighters, police officers, and hospital personnel) to contact the next of kin of the owner of a mobile phone in order to obtain important medical or support information. The program encourages people to enter emergency contacts in their mobile phone address book under the name ‘ICE’. There can also be more emergency contacts named as ‘ICE1’, ‘ICE2’. Lifeline, that can save us.

I’m sure that there are more examples of this kind of lifelines. Solutions, methods, applications, programs that can be named as lifeline. We can ask friends for help on the TV show, we can put ICE numbers on the phone, we can buy insurance in case something goes wrong, but what about ourselves? Not about the things we possess, money, not about our health only in the medical context, but about our sense of security, self-care, balance in life? What can be our private lifelines, when a storm will come?

For me, those lifelines are conversations with close ones, support of family and friends. It’s courage to share with others that the storm is on and I need somebody to be next to me. It’s sharing my sadness, my concerns. When I do it, I say it loudly, it seems a half smaller. It’s my courage to ask somebody for help, to just be around. There are the arms of my loved ones. There are friends that I can call in the middle of the night, people that I can always count on, it doesn’t matter where I am and what happens. Those to whom I can say “I just need you” when the waves come. Of course, it requires courage, being open, somehow naked. Sometimes it is also necessary to say “ I made something wrong. But awareness that I’ll not drown, cause I can hold to my lifeline is amazing. And helps me to overcome the crisis.

But what about acting the other way? What if somebody is stuck in the storm? Then I become his/her lifeline. As much as I can. I give what I can and remind that I’m always ready to be “used” in this way. Sometimes all I can do is just to be next to someone. Just to sit, hug, send a message, to say “I’m here”. But when storms are on, it’s often everything that can be done.

So, do you already have in your mind your lifelines, ICE numbers? And do you know for whom you are a lifeline?

Write those names. Thank those people for saving you in hard times and let them know that they can hold on to you. 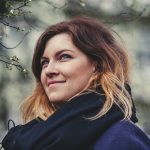