Skip to content
Mythbreaker: You don’t have to do your new habit every day for the rest of your life

Mythbreaker: You don’t have to do your new habit every day for the rest of your life

During one of the workshops I recently did, one myth about habits emerged. So I decided to break it also in the blog. I conducted my workshop about habits, which is an introductory and hands-on practical training. So mostly this is the first time that the participants think consciously about their habits and creating new ones.

There is a will and a desire to start creating habits, but just like setting goals (if you can’t set them properly), there is a fear of failure. There are fears that if you start a habit, you have to do it every day for the rest of your life. People feel that it is impossible, and thus the fear of failing arises.

If you think about your current daily habits, you really do not do them every day. There is not always a way to do it, as life sometimes has other plans and in fact there is no need to do something exactly the same for the rest of your life. For example, if you decide to drink at least 1.5 liters of water every day, then for 365 days a year you probably will not. I’m not saying it’s impossible, but the likelihood of you not succeeding with it is high enough. There can be a lot of obstacles.

BUT what I think is important is that you just have to do it every day when you start creating a habit. If you do it on a daily basis, you will get used to it faster. Take only three days for the first period and do it daily. This is a short enough time so that there is no fear of failure. Three days in a row you can do anything. Then take the next three days or a week, if you feel like it, and do it again every day. Use such short periods until you feel that the habit starts to become automatic.

When you start creating a habit, do it daily until it becomes automatic.

If you feel that this activity has become a habit for you, you will no longer have to worry that you cannot do it every day. If one day is missed and you feel you still want to do it and you know you will do it the next day, that’s it. Failure to do a habit should not become a habit. If you have already missed several days in a row, I recommend that you tackle yourself and once again do the three or seven day period. If you still feel that you really want to do this thing, keep trying and pushing yourself. But when a habit tends to be too hard and not to stick, you have to think if you really want this behaviour into your life at all. Maybe you don’t need it? Or should you make some changes to this activity to make it easier?

At some point, this behaviour will become the new norm for you and an integral part of life. You don’t have to think about doing it anymore, and it doesn’t matter if you do it every day, it’s part of you anyway. 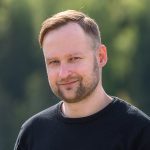